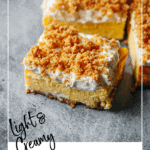 This Small-Batch Cheesecake has a light whipped cream topping to hide any cracks and incorporates Greek yogurt to reduce the richness so you can eat the whole slice rather than just a bite. Say goodbye to finicky, never-making-again cheesecake. This one is revolutionary.

Cheesecake has never been on my radar to make. Maybe it was the springform pan that always leaks. Or the precarious water bath and resting period to prevent cracking. Or the notion that it takes ‘skill’ to make a standout cheesecake. Anticipating the surmounting cream-cheese-laden leftovers didn’t help either. Make it at home? No. There is a reason the Cheesecake Factory sells cheesecake by the slice.

Lately, I began reimagining what cheesecake could be. It started with Eden Grinshpan’s Cheesecake from Eating Out Loud. Then, Alison Roman’s Citrus Cheesecake. Then, of course, my 9×5-inch loaf pan epiphany. Hide the cracks, add greek yogurt, and make it small-batch.  It’s time we all start making cheesecake.

This small-batch cheesecake is not fooling around in the dairy department. It has 4 (yes, 4!) types of dairy products. The addition of greek yogurt lightens up a traditionally rich cream-cheese filling. The luxuriously smooth and light Mascarpone Whipped Cream topping is just so delicately sweet and perfectly balances the creamy filling. The graham cracker crust and topping add a much-needed crunch and the sprinkles of salt throughout each layer makes it downright addicting. Being able to eat more than one slice is the whole point, after all.

CTIRUS ZEST. Feel free to add lemon or lime zest to the whipped cream topping or filling if you want!

WHIPPED CREAM TOPPING. Yes, you can absolutely skip this! Eat the cheesecake alone or with a berry topping.

HOW TO MAKE SMALL-BATCH CHEESECAKE

What size loaf pan do I need?

This cheesecake recipe calls for a 9″ x 5″ loaf pan, which is slightly larger than a standard loaf 8.5″ x 4.5″ pan. If you use a standard pan, the cheesecake will be thicker and take longer for the crust and filling to bake.

How do I tell when the cheesecake is done?

Bake the cheesecake until the filling has a small, slight jiggle in the center.

Do I need to refrigerate the cheesecake?

How do I store leftover cheesecake?

After removing the cheesecake from the pan, store the leftover cheesecake in an air-tight container in the refrigerator for up to 4 days.

Can I freeze cheesecake?

Thankfully, this cheesecake freezes wonderfully. Wrap the cheesecake in plastic wrap and then wrap it in foil. To freeze individual bars, Place them 1-inch apart on a sheet pan, and put the sheet pan in the freezer until the bars are frozen (about 2 hours). Once frozen, place the bars in an air-tight freezer plastic bag. The cheesecake will keep in the freezer for 1-2 months. To thaw, transfer to the fridge and let it thaw overnight. You can also eat frozen!

Can I double this cheesecake recipe?

I don’t recommend doubling the recipe since this recipe is specifically designed for a loaf pan. If you want to make this cheesecake in an 8×8″ square pan, multiply all of the ingredients by 1.5. 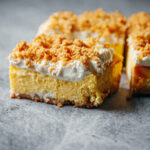 This Small-Batch Cheesecake has a light whipped cream topping to hide any cracks and incorporates Greek yogurt to reduce the richness so you can eat the whole slice rather than just a bite. Say goodbye to finicky, never-making-again cheesecake. This one is revolutionary. 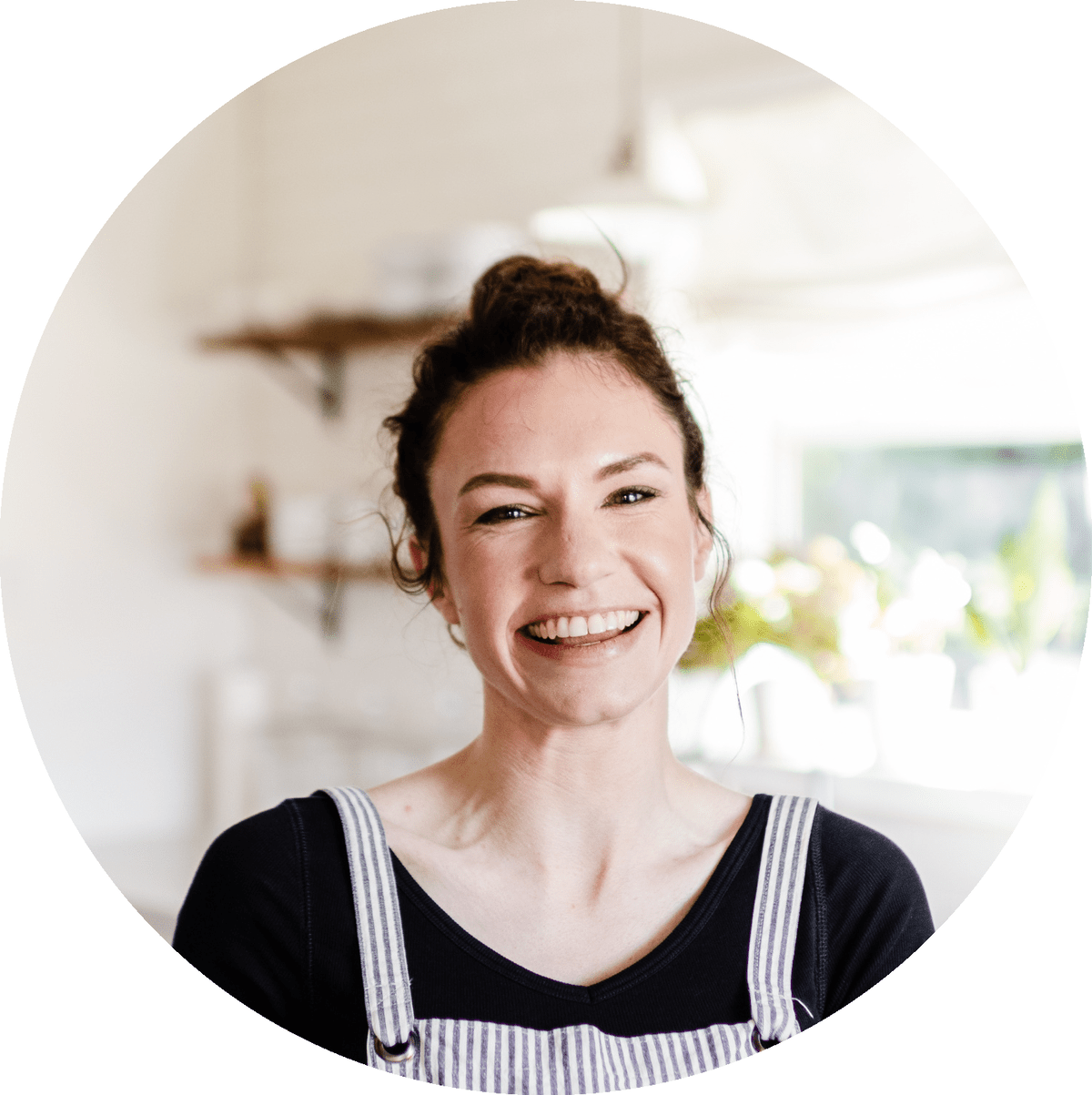 Kimberly is a culinary food scientist who develops small-scale recipes that are perfect for singles, small households, or date nights at home.
Read more...